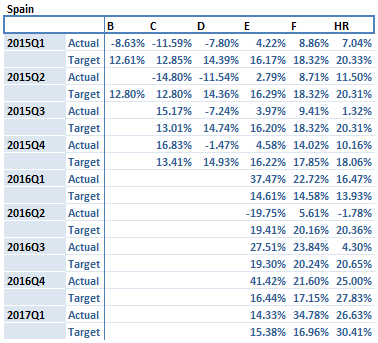 In the last three quarters actual returns have exceeded the targeted figure. It’s important to note that this outperformance does not come as a result of diminished targeted goals. In fact, the targeted figure across all quarters since Q1 of 2015 has never fallen more than 1.97 percentage points.

The total actual return across all countries has increased significantly since 2015 where it rose from 12.00% to 18.54% for 2017. Of course, there is still more data to come for 2017, however, even with a drop performance trends will be strong.