We have marked the figures with three different colours, firstly light red to represent less than 50 loans issued, light blue for 51 – 200 and white for over 201. This is a great way to spot anomalies, such as high volatility in low risk ratings.

Actual and targeted Bondora net returns across the portfolio per quarter 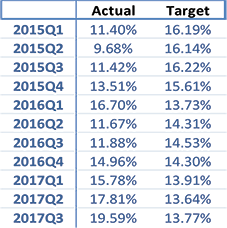 Across all countries and risk ratings, the lowest actual annual net return in Bondora’s history is 9.35% which was in 2014. When looking at the table below, you can see that this figure is influenced heavily by the expansion in to new locales such as Slovakia and the performance of Spanish loans. In 2014, there was no risk scoring or pricing set by Bondora, so investors were actually pricing the loans themselves via auctions. 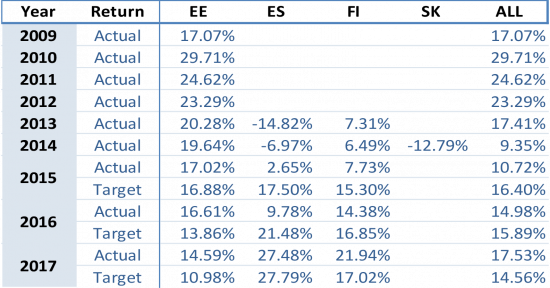 Today, approximately 99% of investments are made automatically and hassle-free via our Portfolio Manager and Portfolio Pro features, both of which are completely free to use for all investors. 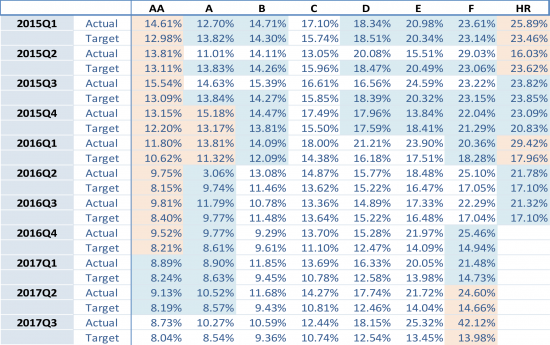 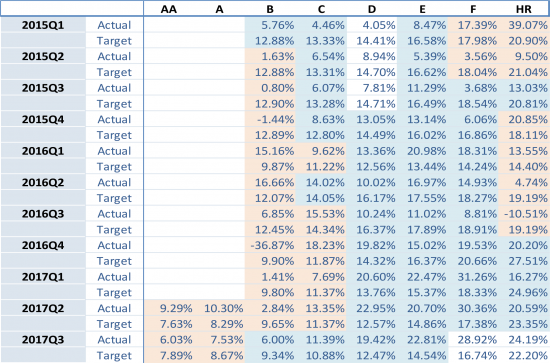 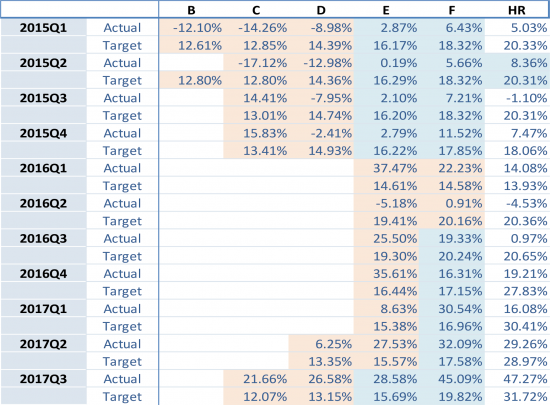