We have marked the figures with three different colours, firstly light orange to represent less than 50 loans issued, light blue for 51 – 200 and white for 201+. This is a great way to spot anomalies, such as high volatility in low risk ratings.

Across all countries and risk ratings, the highest actual net return was seen in 2010 at 29.72%. As mentioned above, it’s important to note here that the most recent data will nearly always show a high return as the loans have only recently been issued and at this point the interest element accounts for a high percentage of the total payment. Older data, for example 2009 – 2012, is showing as having the highest return as loans from this period may still receive a cash flow from recovery payments. This reinforces how you can maximise your absolute return in P2P by taking a long term view with your investments. 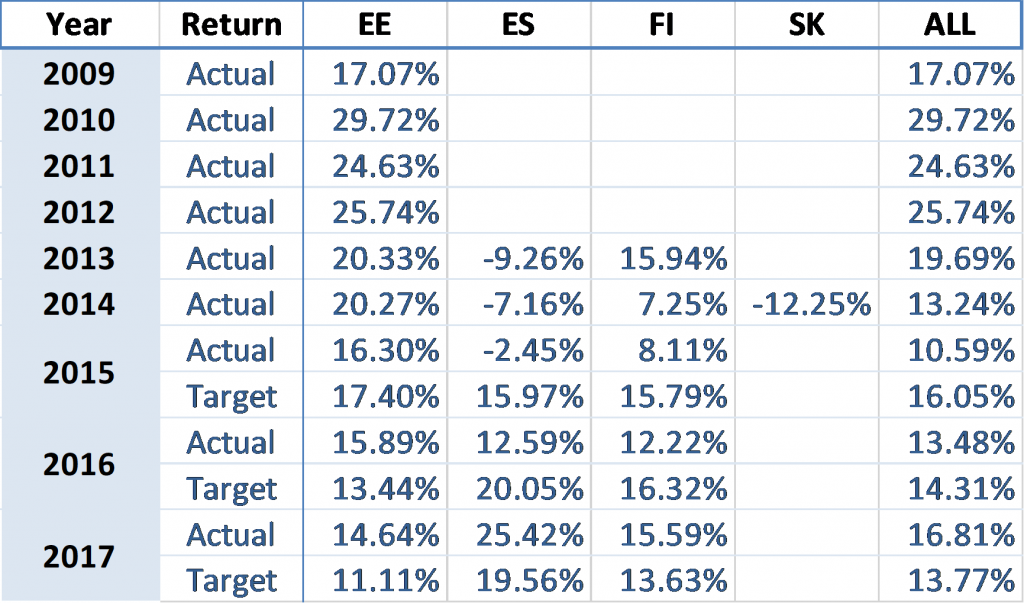 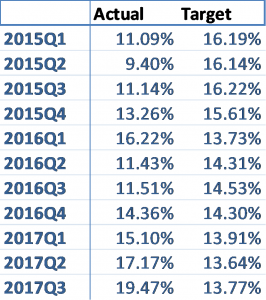 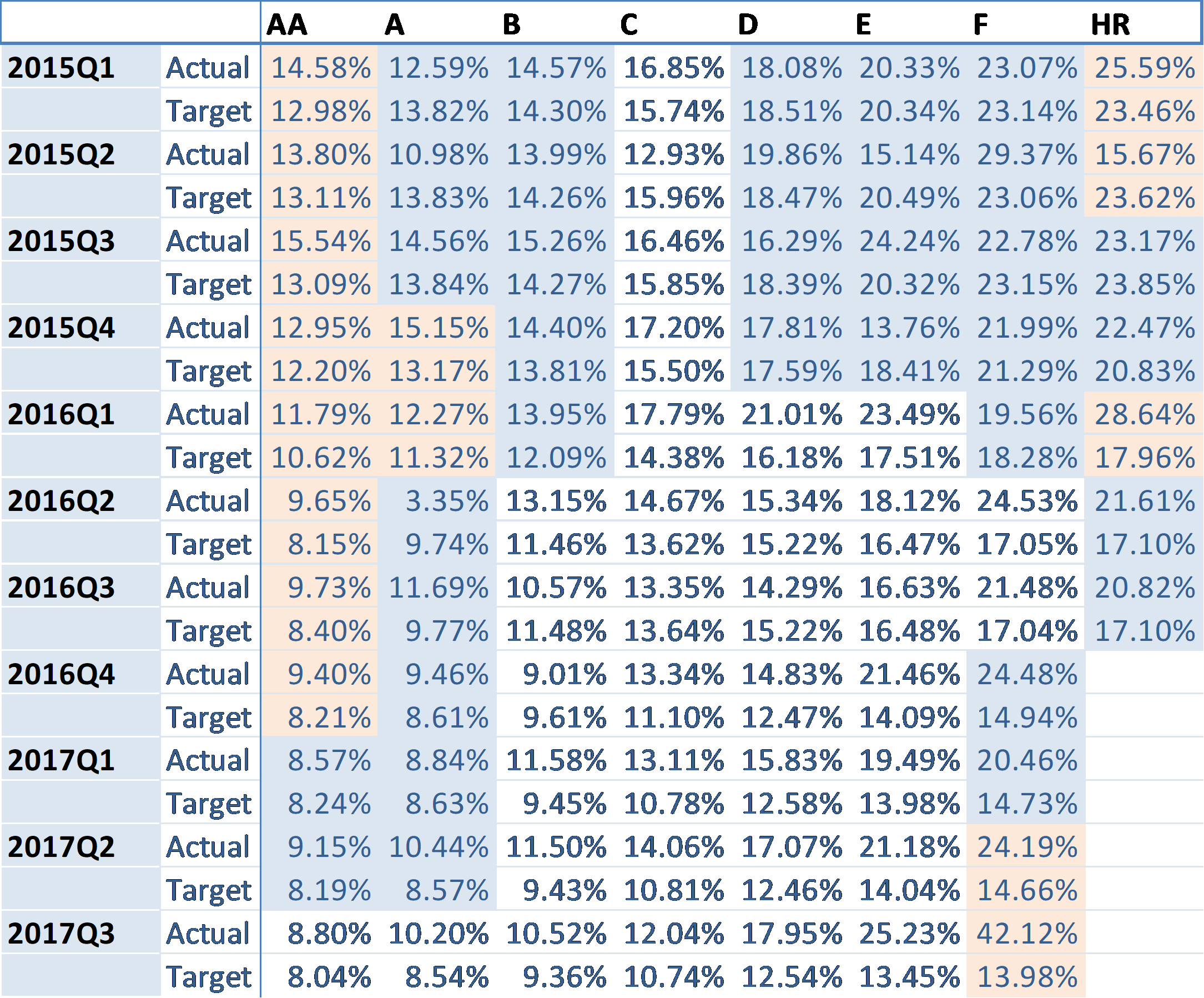 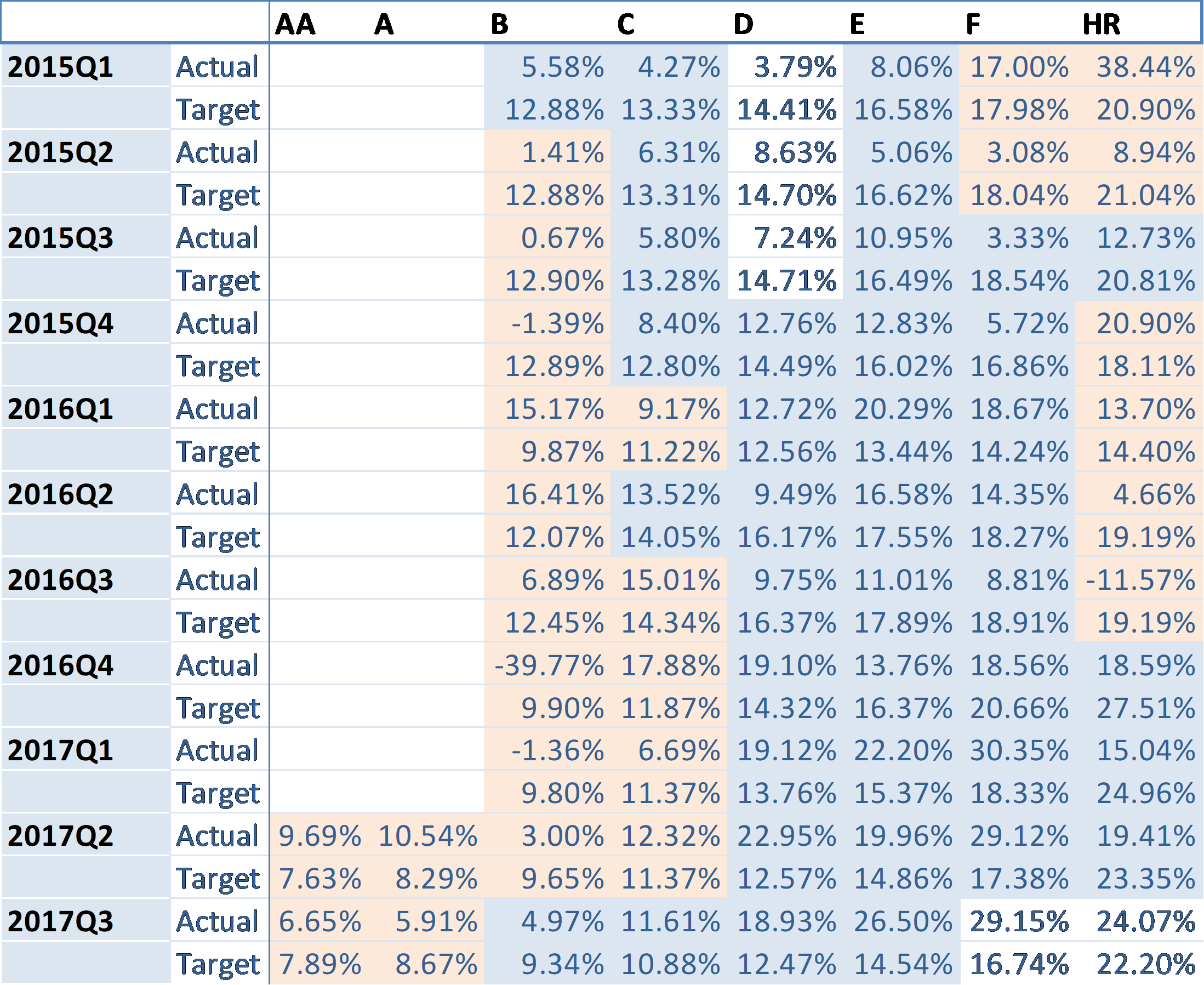 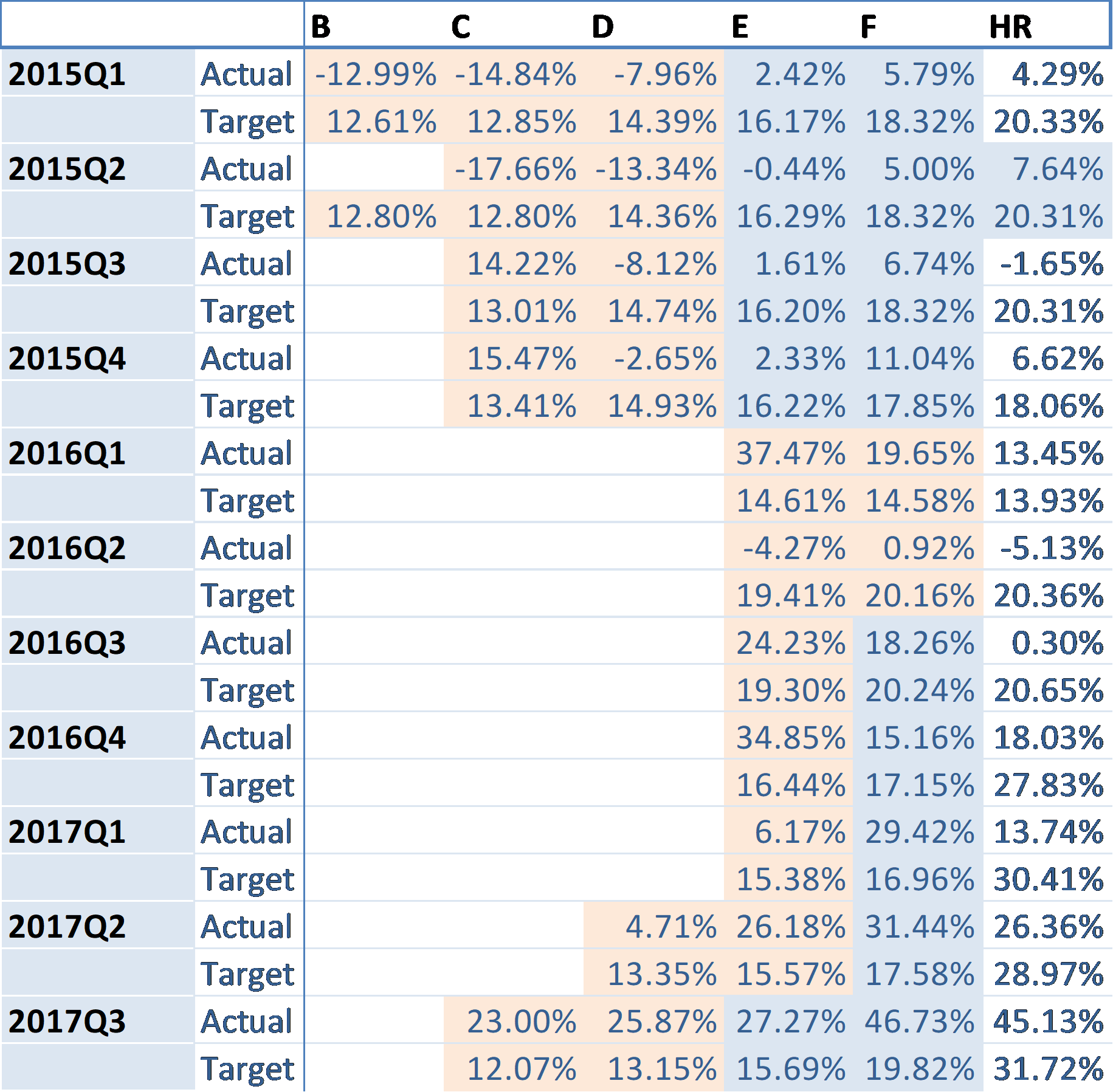