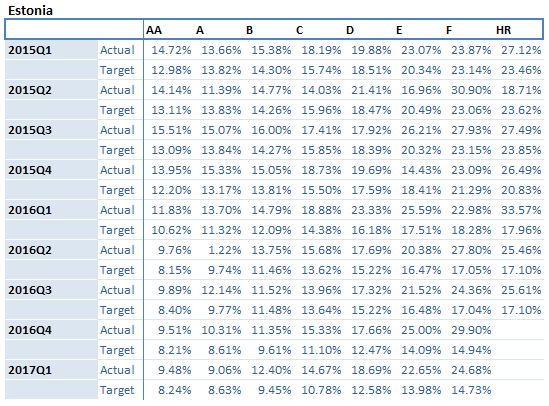 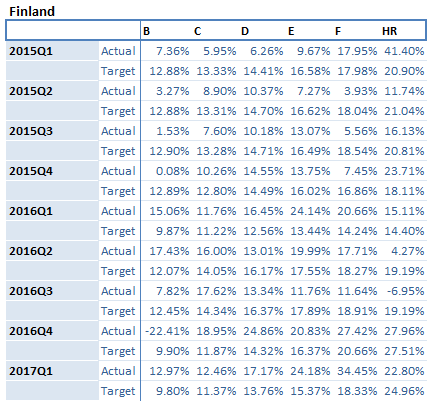 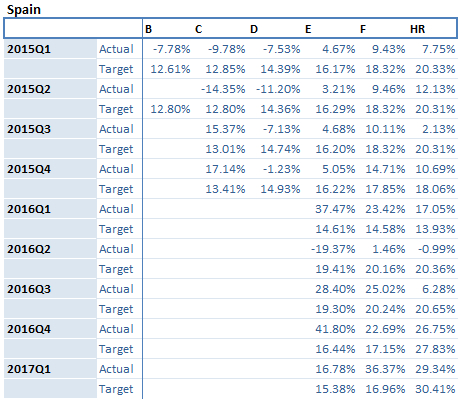 Compared to previous performance report, the most notable changes have been decreased realized returns for Q2 and Q3 of 2016 loans. Still, the 2016 average returns of nearly 16% remain higher than the average target figure. 2017 first quarter realized net returns are still going strong by surpassing the target by 4.6 percentage points (18.51% over 13.91%). While 2016 and 2017 are showing strong performance, loans across portfolio in 2015 are continually performing under the target figures with average returns of 13%.

The big picture has remained the same as in previous reports – last three years are showing growing trend for realized net returns with more than 15% average across all countries. Across all 8 years, Estonia still leads the pack with average of more than 21%, Finland with nearly 15%, Spain and Slovakia trailing with 7% and 3% total averages respectively.