The year wrapped up with the stock markets having one of their worst December months in history, leading to a terrible performing 2018 for many investors.

It appears failure in the markets did not have as much of an impact on borrowers paying back their loans, as returns Bondora peer-to-peer loans continue to stay the course, providing investors with solid returns across the board.

While the overall return rate for 2018 remained consistent at 20.5%, returns for the previous two years fell slightly to 11.5% for 2017, and 9.7% for 2016 loans. All things considered, these drops in returns were very minimal. Rates in Estonia have stayed the most consistent over time, with no year seeing any change of more than 1% return compared to last month. 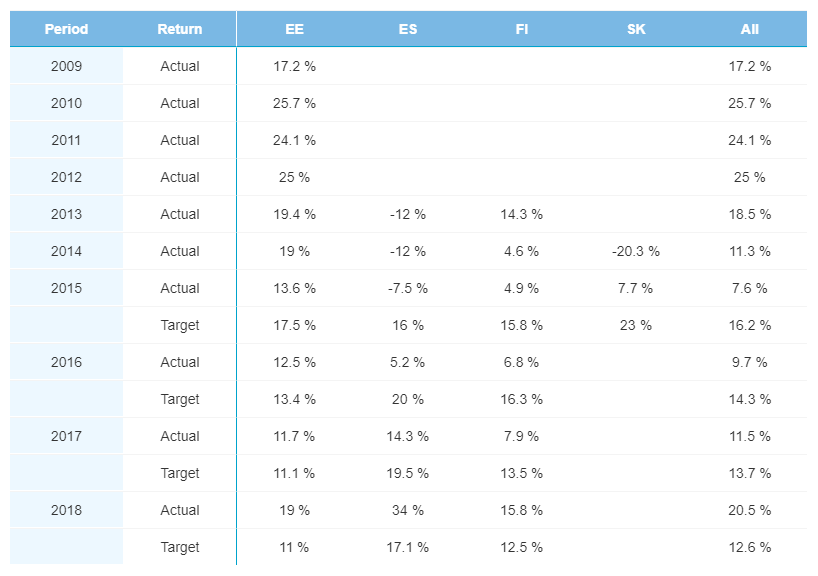 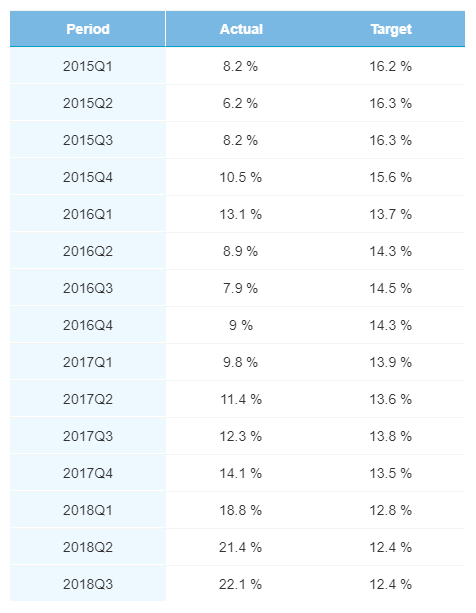 Discounting for small sample size loans in A and AA rated categories, Finnish loans displayed returns higher than their targets over this most recent quarter. More loans than ever are being originated in Finland in recent quarters, and as a result, rates are normalizing in a positive way. 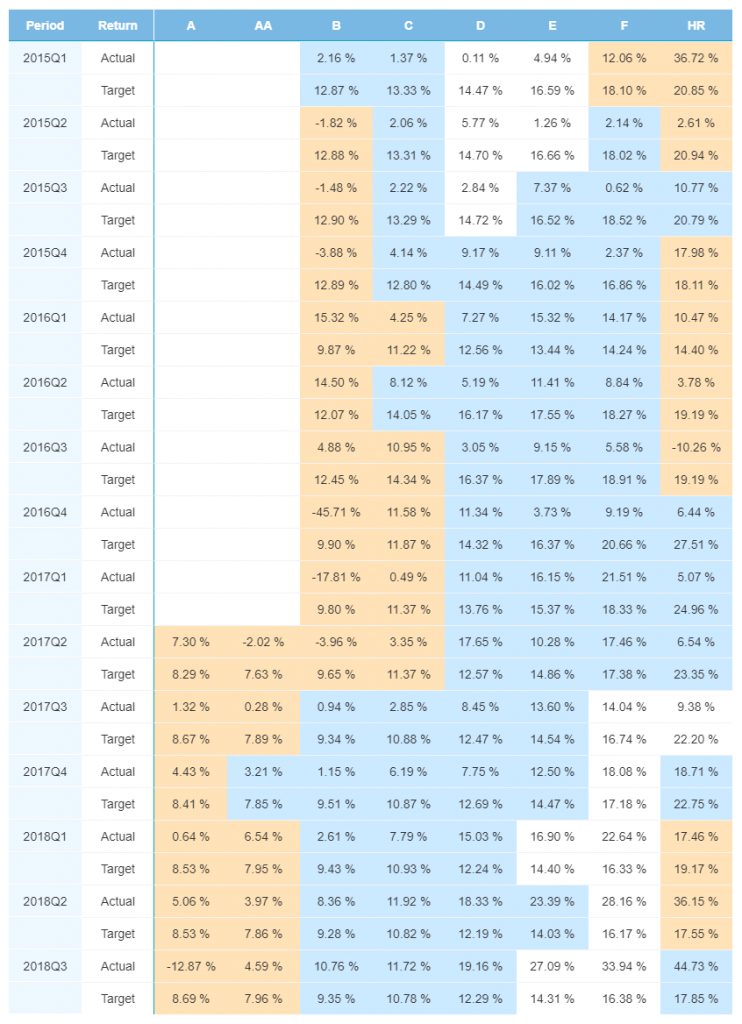 Estonia originates the most loans in higher rating categories of all countries where Bondora issues loans. This makes the return numbers for Estonian loans a bit lower on the surface when compare to other loans, but less likely of default or late payment. For several quarters historically, A rated loans have outperformed AA rated loans. Double digit returns came from all C and D rated categories over the past four years, as loan originations in both categories being greater than 200 pcs each. 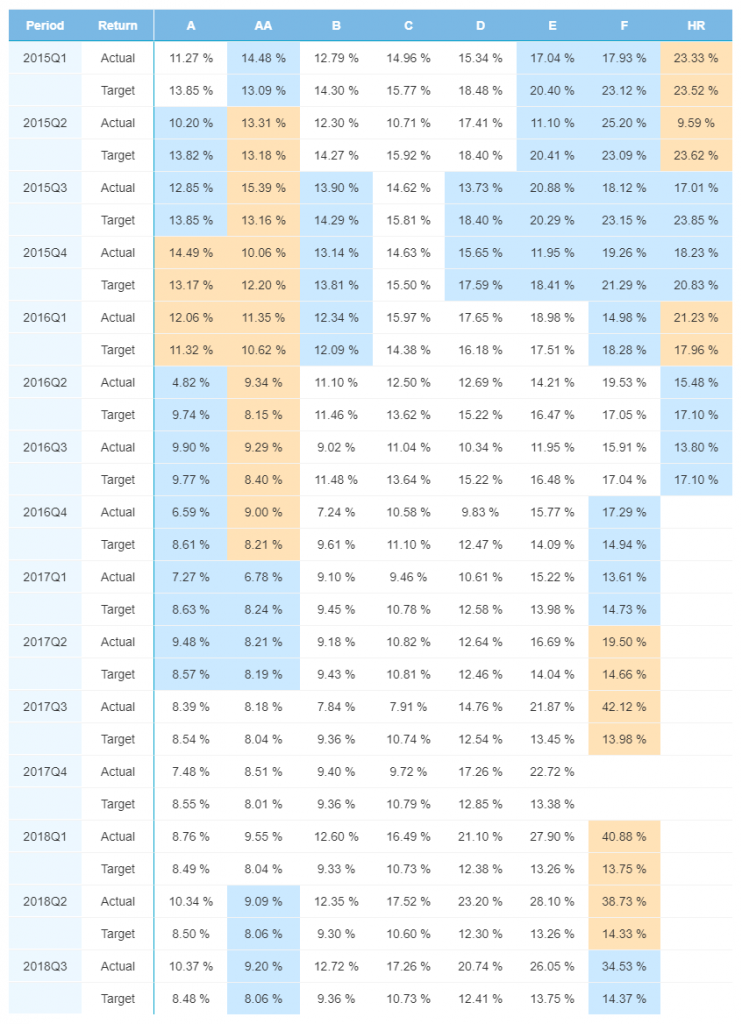 Spanish loans continue their high returns in low rated categories. Once again, no D rated loans were issued in Spain for the second consecutive quarter. However, there were more F rated loans issued, coming in above 200 pcs. Additionally, discounting 2015, only three quarters have displayed a negative return for Spanish loans, and 18 times a category returned more than 20% for a quarter. 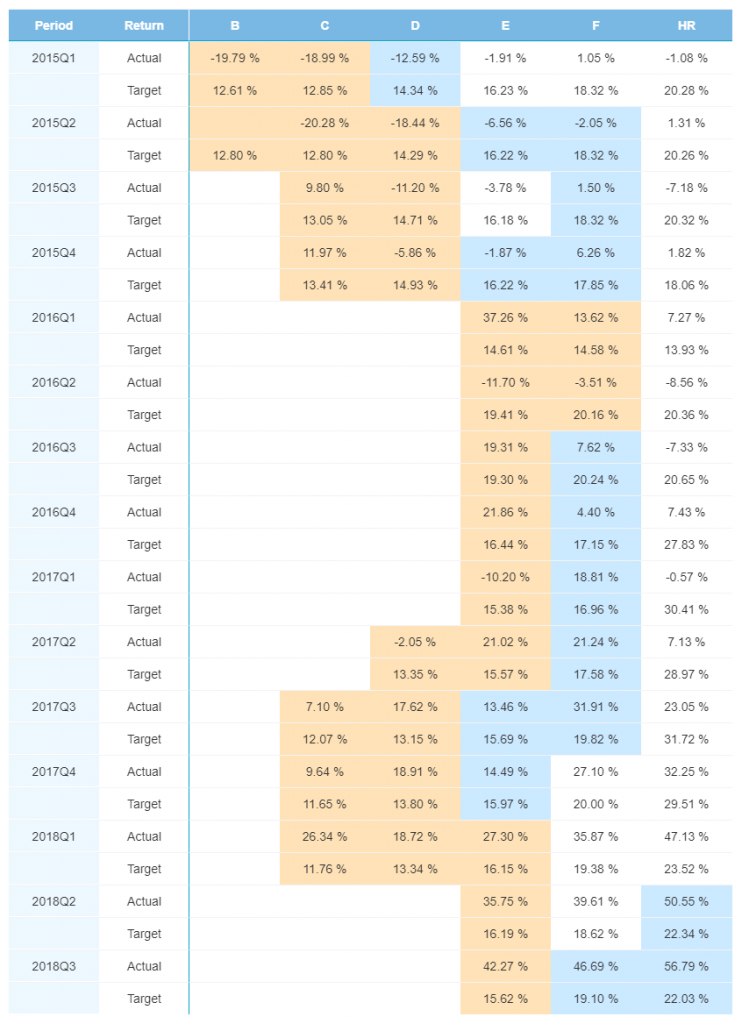 As previously stated, 2018 as a whole was not great for the world economy, and December in particular brought down the whole year. In fact, December was historically bad, providing the lowest returns for stock markets since the Great Depression in the United States. Meanwhile, geopolitical fears continue to worry investors. Europe’s growing nationalist movement shows no signs of letting up, while in the US, President Donald Trump has forced a government shutdown which has left the country divided.

The Brexit situation in Britain is still at a standstill, with Prime Minister Theresa May unable to push a deal through parliament. She is now forced to design a plan-B as a contingency plan if she does not get enough votes to pass her deal to leave the EU. The countdown has begun, as it is less than three months until Britain is scheduled to jettison from the EU.

A report recently released found that the average wage of Estonian workers is 17th in the European Union, moving ahead of countries like Portugal and Greece. The data shows the average wage of workers to be at €957 per month. In other good news for the country, The Bank of Estonia estimates inflation will be below 3% in the coming year. This is a positive sign as Estonia battled high inflation last year of 3.4%.

The news was not so bright in Finland, where consumer confidence fell to a two-year low. This was the fifth month in a row that confidence has fallen, likely as a result of a drop in demand for exports in the country. The country’s national bank believes that climate change will continue to have a negative impact on Finland’s ability to grow its economy. Finnish general elections booked for April 14th will likely play a large role in the future of the country.

Projected growth in the Spanish economy has been revised downward for 2019 to 2.2%. While this is only a small revision, it points to a slowing economy in the country. The country’s government is, however, doing something to help the average worker. The Spanish Council of Ministers recently passed the largest increase to minimum wage in over 40 years. Minimum wage will now sit at €900 per month, up 22% from previous wages.