Bondora investors seek strong returns and managed risk. Our color-coded loan statuses make this task easier for our users. This is a quick, graphical reference illustrating the payment behavior of the borrower. In this article we’ll provide detail on what each color represents. 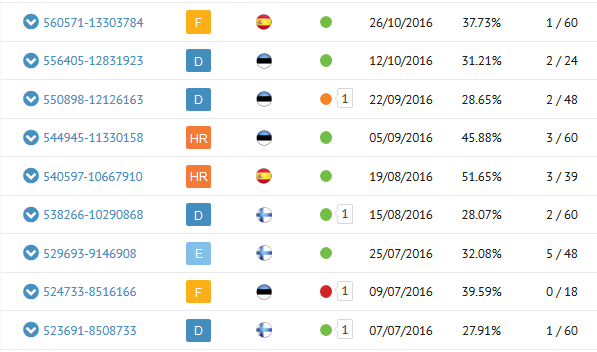 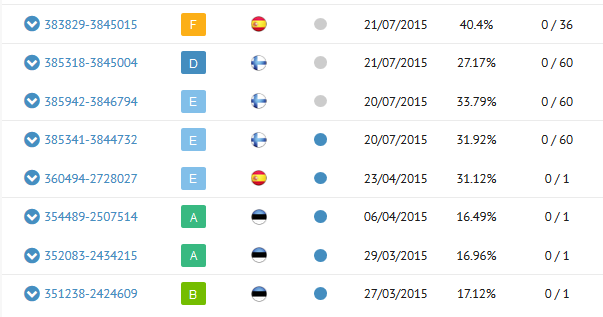 Any loan with a green circle is being paid on time, in the proper amounts, according to the loan schedule. These loans carry no delinquencies.

This represents an overdue loan. This color is assigned on the day following a missed payment date. Once two scheduled payments lapse without any activity from the borrower, the next stage begins. This next stage is a “Cure Period.” During this 14-day period, Bondora notifies the client that a default is pending unless they begin to make repayments giving the borrowers one last chance to avoid a bad mark on their credit rating.

There are some nuanced exceptions to consider:

A loan receives a red status once the Cure Period has passed. This status means that the loan is two scheduled payments overdue and the borrower has taken no steps to avoid a default during the 14-day Cure Period. At this stage we initiate the collection and recovery process.

Loans with a grey status have been repaid.

Blue color represents “released” loans. These loans were originally part of an old funding process (from 2015) in which loans could receive funding before the loan moderation process or before receiving a completed, signed contract. Funds were eventually returned (released) to the investor if the loan was ultimately rejected or, if the contract remained without a signature.