Welcome to our monthly P2P recoveries blog post where we discuss the cash recovered in each stage of the collection process. We have tried to assign all recovery payments to a specific stage that was set closest to the payment date. While this approach is not always correct in the case where recovery stages are not promptly updated, it gives a very good overview of the drivers behind recoveries. 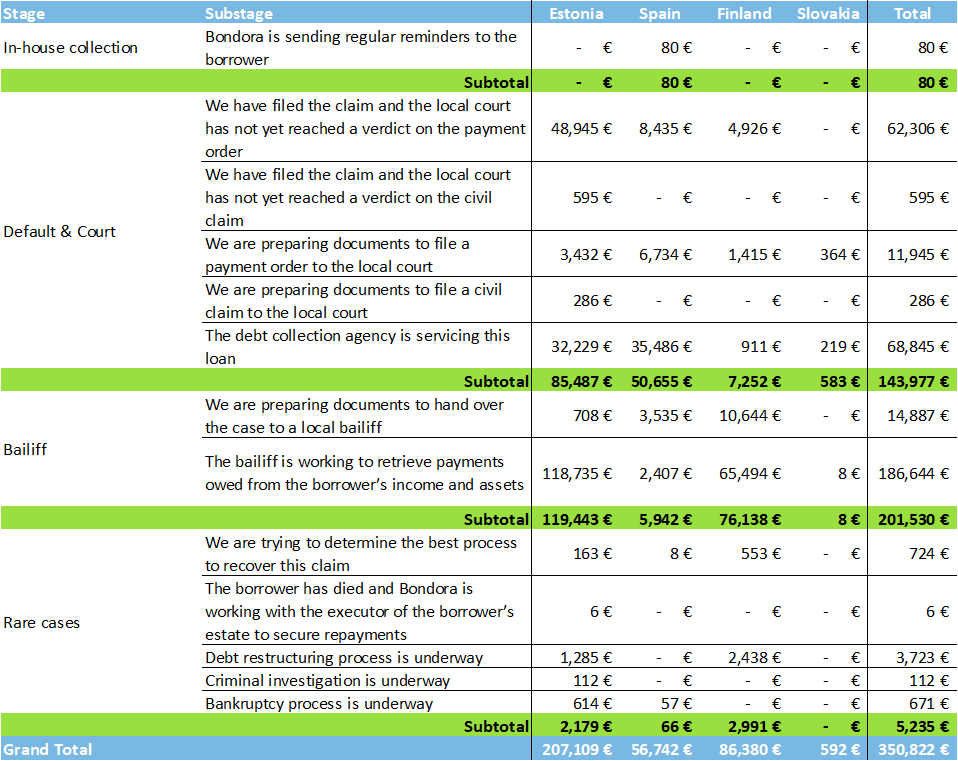 When looking at the table above, it shows how effective each stage of the process is at recovering cash owed to investors and can help you understand why some stages are more effective than others. If you haven’t already read about our 3-step collection and recovery process and July’s post then we would recommend that you check them out first.

74% increase in cash recovered in Spain

We also saw an increase of 24.4% (+€13,520) in the cash recovered in the ‘The debt collection agency is servicing this loan’ stage. In the default and court stage overall, there was a reduction of -0.76% (-€1,105). In Spain, there was a significant change compared to last month where a higher number of cases were awaiting a verdict from the courts – in July, the amount of cash recovered by the debt collection agencies in Spain increased by 74.04% (+€15,096).