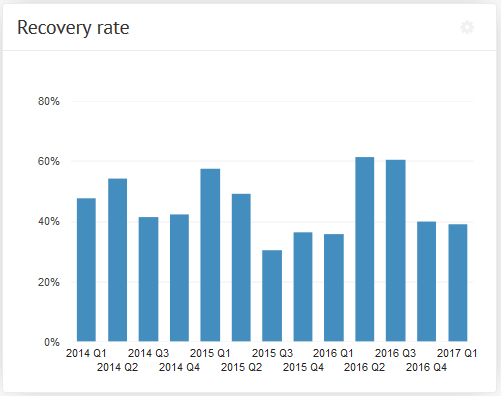 Finland, Spain and Slovakia are holding steady with 2016 average recovery rates that are at their highest since 2014. Meanwhile, Estonia has dropped in 2016 by two percentage points below its total average. The total average recovery across all markets is the highest in 2016 of any other total year average. Total average recovery rate for 2016 was 56%, while 2014 and 2015 averages were 42% ad 43% respectively. Across all countries 2016 has exhibited a cumulative of eleven quarters of improved performance relative to the preceding quarter. This figure outnumbers the total number of declining quarters. We’re continuing to focus on improving recoveries to ensure stronger investor returns.