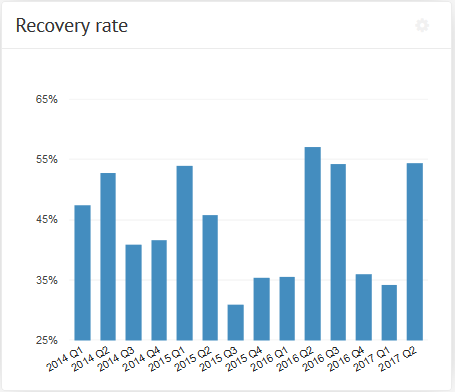 Despite the drop in recovery rates in recent quarters the overall recoveries over the last several years is stable between 40% and 48%. Moreover, the transparency of the Bondora interface gives investors the tools necessary to make informed decisions about risk.