Bondora loans continued their steady performance to start 2019. Quarterly returns stayed consistent, while country-specific loans were also on par with their previous marks.

There was no significant change in yearly return numbers for Bondora loans. Variance in yearly total figures only differed by 0.1-0.5% as compared to last month, with the total return for 2017 having the most change down to 11% from 11.5%. Overall, yearly returns in Estonia are the highest of any country, while the highest single return rate comes from 2018 loans in Spain at 33%. 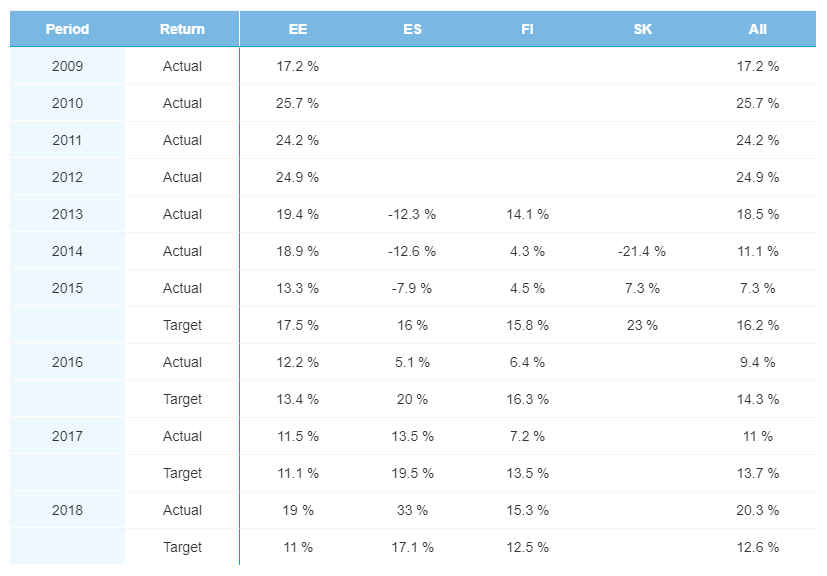 As expected, returns for the most recent quarters are the highest, due to their recency of issuance. Returns for Q4 of 2017 are holding at their target level of 13.5%, while returns prior to this quarter have all fallen below their target mark. Still, quarterly returns matched or surpassed the 8% mark in 10 of the 12 quarters from 2015 to 2017. 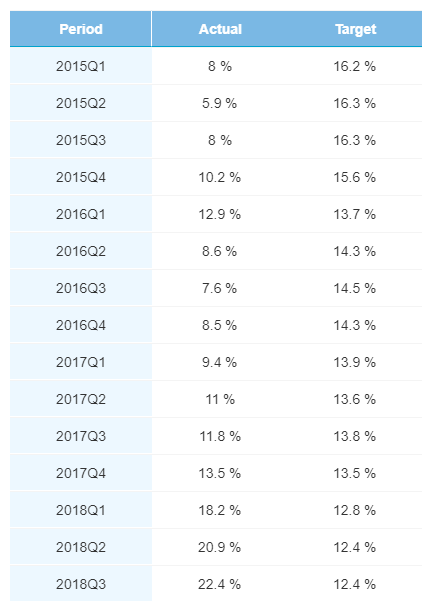 A and AA rated loans are still underperforming in Finland, and have done so for the past 6 quarters since they were first issued in 2017. Alternatively, returns across other bond ratings have performed well, especially those issued in 2018. 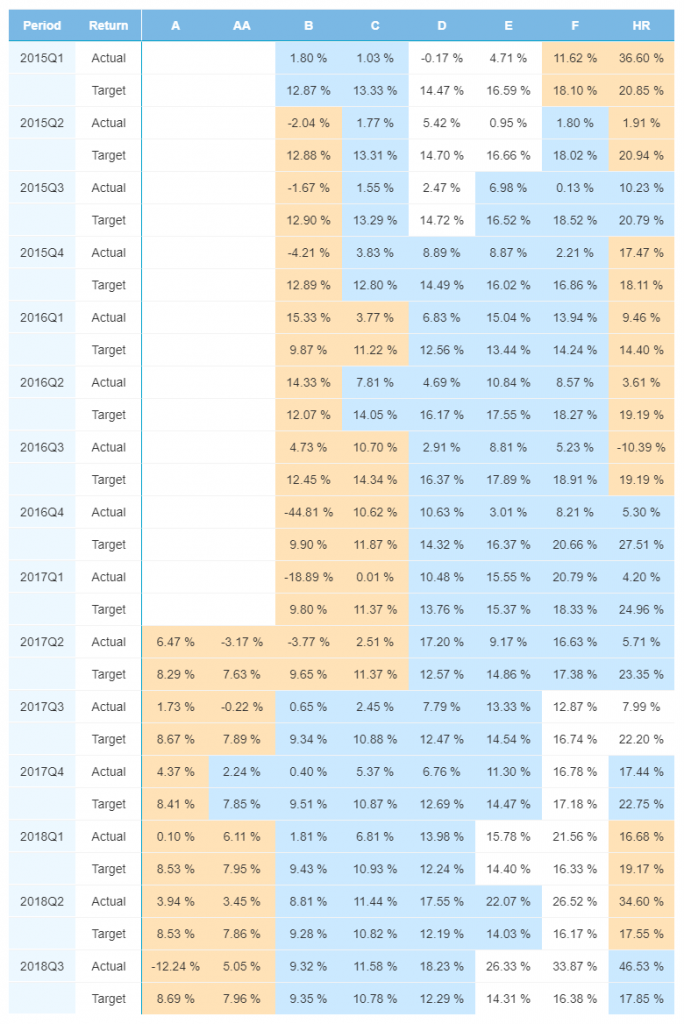 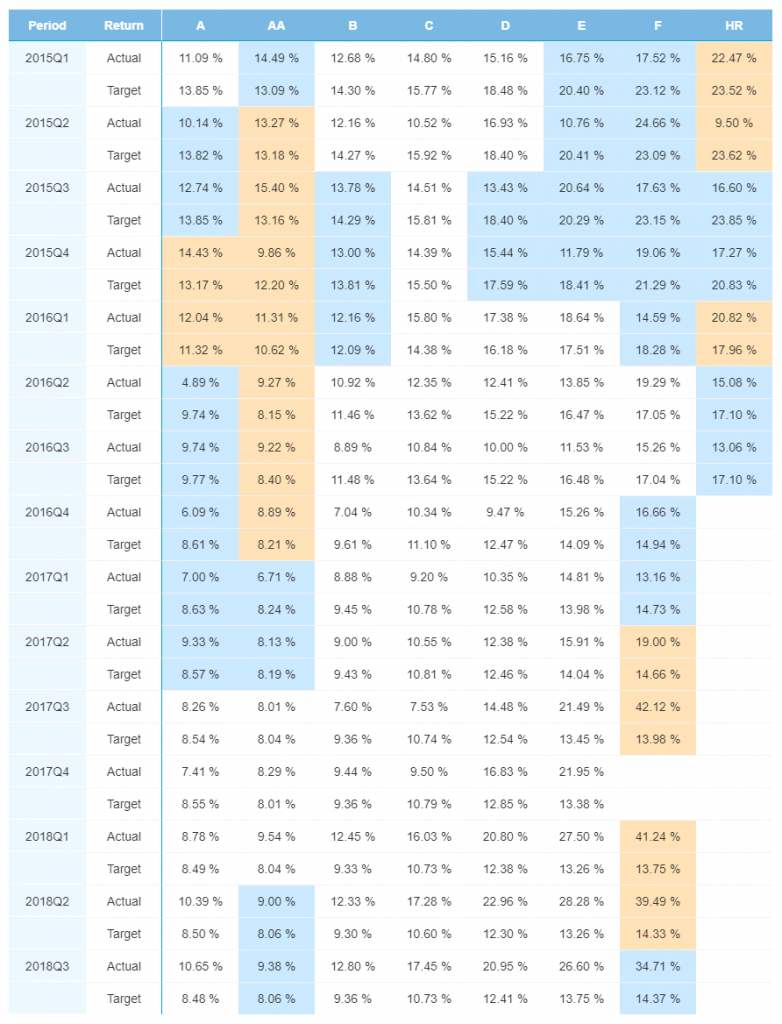 Spanish return rates were once again the highest of any country. This is due to issuances remaining only in the E, F, and HR rated categories. Spanish loans had double-digit return rates across the board (discounting for previous issued C rated loans) for the past 5 quarters. 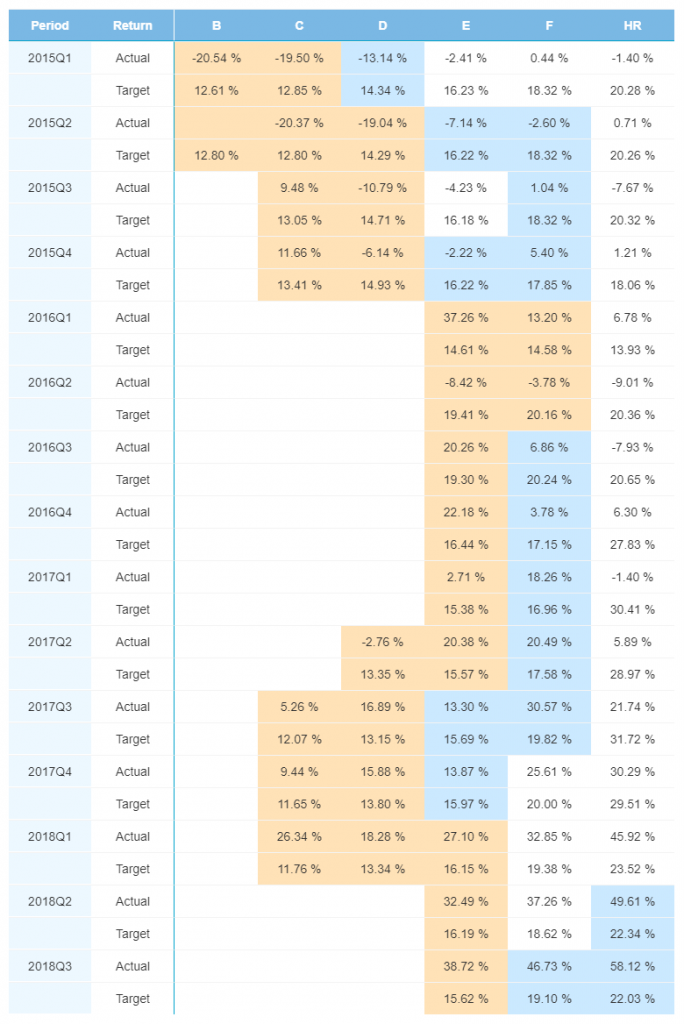 Things in the UK have only gotten more heated over the past month, as there is still no Brexit agreement in place between the local government and European Union. Large corporations are beginning to think about moving outside of Britain if a deal is not reached. Airbus is one such company which has threatened a move outside of the country, a move which would displace 14,000 jobs directly, effecting a total of 110,000 jobs in the country.

The second largest bank in Estonia is tempering its growth expectations for the year. SEB revised GDP growth for Estonia down to 2.8% from 3.0% citing higher cost of living and dwindling growth in exports. Still, the bank is bullish on the prospects for Estonia moving forward. “Now that the number of building permits has begun to drop, the economy is running at full employment,” SEB economists noted. One economic swoon for the country has been the over 200 startups launched by Indians in the country. This has occurred thanks to the Estonian e-residency program, allowing foreigners to help in attracting investment and capital to the country.

Finland is struggling to create jobs at a quick enough pace for its citizens. The employment rate in the country currently sits at 72%, while there is hopes to raise that rate to 75% by 2023 and 80% in the years that follow. It is estimated another 150,000 jobs are needed for employment to remain stable, or else the government may have increase unemployment spending.

One country which did outperform expectations in 2018 was Spain. The Spanish economy grew at 0.7% in the fourth quarter of the year, with total growth in 2018 registering at 2.5%. These figures, while not outstanding, are better than analysts expected, and a bright spot in an otherwise tumultuous European Union. The country is confident this growth will carry over into the new year. Spanish Economy Minister Nadia Calvina mentioned on Onda Cero radio, “We have a framework of robust growth that I expect will be maintained throughout the year.”