As part of a new series on the popular Bondora blog, here is our first guest post from an expert in the world of Peer-to-Peer lending – Ryan Weeks.

Ryan is the editor of AltFi News, the go-to news and analysis service for alternative finance. He is also the founder and host of the Millennial Money Matters podcast, and author of the book Pimple.

In the coming months, we’ll be working with more industry experts across Europe who’ll share their insights. 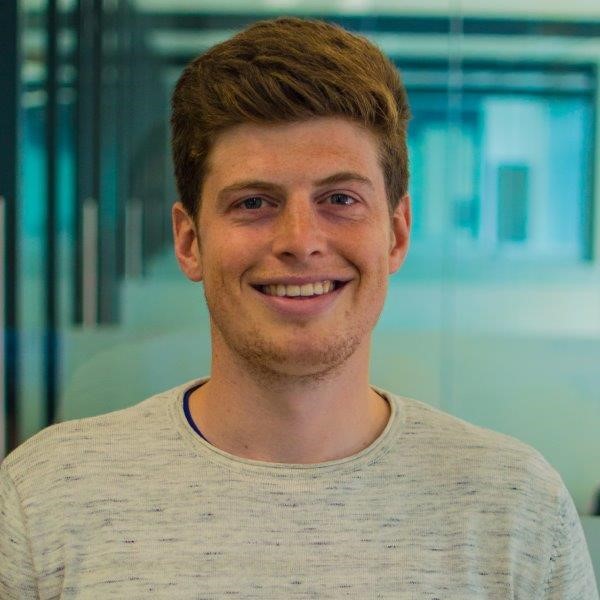 Recent developments suggest that app-banks will lend out their own money, rather than partnering with P2P platforms

For some time, the ‘marketplace’ model – employed by digital banks like Monzo and N26 – has been the source of some excitement in pockets of the peer-to-peer lending sector.
The idea is straightforward enough.

Digital banks have already proven themselves adept at attracting customers in droves, usually through the use of a free-to-use current account, foreign exchange tool or some other loss-leading feature.

Then, whether to launch additional products expediently or to get around the absence of a banking licence, app banks have often turned to partners to expand their services.

Like their incumbent rivals, digital banks were soon offering access to various types of insurance, credit, mortgages and wealth management products. But unlike the incumbents, digital banks began offering these services via tight integrations with a range of other specialists – usually fintechs.

In credit, an obvious beneficiary of this approach was the peer-to-peer and online lending sector.

Both P2P firms and digital banks boast cutting edge technology, allowing for seamless integrations via API to be formed between them. Meanwhile, prevailing wisdom suggests there is more than enough investor money sloshing around in the P2P sector; the limiting factor on the sector’s growth is and always has been quality origination. Where better to find it than the customer bases of digital banks? Not only are these pools of possible borrowers swelling by the thousand each and every day, they leave a rich digital footprint on their banking app of choice, helping lending platforms to ascertain whether or not they can afford a loan. For P2P platforms, this is doubly good news: good for the platform, and good for its investors.

Partnerships between app banks and P2P lenders were quick to appear.

In the UK, peer-to-peer platform Lending Works appeared to have struck gold when it announced a partnership with money app Revolut in March 2017. Revolut today boasts around 2.5 million customers globally.

Under this partnership, loans of between £500 and £5,000 were to be offered through Revolut’s marketplace, carrying a representative APR of 9.9 per cent. The application process was light touch and, if approved, the idea was to pay out loans instantly.

Today, Lending Works has lent a little over £125m, according to AltFi Data. At the time of its deal with Revolut, it had lent around £50m.

Similarly, in 2017, a pair of leading European peer-to-peer lenders hitched their wagons to the German digital bank N26. Auxmoney integrated with the app bank in July, followed by Younited Credit in December. The idea seemed to be to expand the range of loan options available to N26 users, since the bank also launched its own loan offering in February of 2017.

But while these partnerships made a great deal of sense on paper, recent moves in the digital banking sector would suggest they may soon become an afterthought.

It’s something that certain industry observers have long predicted. Behavioural economist Brendan Meehan, for example, told AltFi in December of last year that the disaggregation of financial services – a scenario in which many specialist fintech firms may flourish in partner roles – is merely ‘a temporary state’. The basic thrust of his argument was that digital banks can make more money by building these products internally.

Gradually, Meehan is being proven right.

Warning signs first came in March, when Tandem boss Ricky Knox addressed the question ‘How does a good bank make money?’ at the AltFi London Summit. His answer was that digital banks should make money the old-fashioned way: by taking in deposits and lending them out. Marketplaces, he argued, are there to drive ‘lifetime consumer benefit’.

That theory is now becoming reality. In announcing the launch of its business-focused marketplace in March, Revolut confirmed that it would seek to underwrite loans to businesses using its own money, just as soon as it had a banking licence, which it is currently applying for. A few months later it said that it would also look to bring consumer loans in-house.

That is not to say that Revolut’s partnership with Lending Works will be coming to an abrupt end, but it is a clear sign that the firm’s lending plans go far beyond integrations with peer-to-peer lenders.

Perhaps digital banks are not the silver bullet to peer-to-peer platforms’ origination challenges after all.

A few weeks ago, Starling Bank beat Revolut to the punch. Unlike Revolut and others, Starling had its banking licence in place prior to launching. Its founder and CEO Anne Boden has previously told AltFi that to justify the expense and regulatory burden of having a banking licence, ‘you have to do a lot of banking’. That includes lending money.

In mid-August, Starling announced its first loan product: an unsecured consumer loan up to £5,000, with annual interest rates of between 11 and 15 per cent. It already offers overdrafts, and the loans and overdrafts are interconnected.

Customers with an existing Starling overdraft will be able to apply to borrow the amount left in that overdraft. For example, a customer with £2,000 still to spend of a £4,000 overdraft could convert that £2,000, or part of it, into a loan – which would ultimately save them money.

Starling has plans to expand its marketplace significantly and it’s not unfeasible that a number of peer-to-peer lenders and other types of fintech lender could appear in the app in the future. But it’s hard to see how they’ll stack up alongside Starling’s own credit options – especially given the tight connection between those two products.

This is the basic point, in fact. There is still an opportunity for peer-to-peer lenders to plug into digital banks’ rapidly expanding customer bases, but that opportunity is unquestionably diminished by the fact that digital banks are more or less universally launching their own credit products.

The glimmer of hope, for peer-to-peer lenders and their investors, might lie in the mantra of digital banks. The marketplace model exists, in my opinion, as a means to create a clear point of difference between digital banks and their aged rivals, the high street banks.

The mantra of digital banks, as described across countless interviews and keynotes, is to push products according to customer need, rather than simply as a means of making money. Most people will be familiar with the torrent of loan and overdraft offers that mainstream banks rain upon their customers, via post, app and website. These offers may be bespoke in terms of how much money the bank is willing to offer – but they are anything but bespoke in terms of their timing and appropriateness.

But that’s only useful if the bank has a diverse pool of products to recommend from. No firm can be master of all things. Sometimes a peer-to-peer lender might be better-placed to offer credit than a digital bank. In the short term, perhaps the bank will make less money, but the long-term brand benefit seems clear.

That’s why richer marketplaces, featuring both a digital bank’s own products but also those of a range of other fintech specialists, could be a competitive edge for the likes of Starling, Monzo and Revolut going forwards. And that would be good news for peer-to-peer lenders.