Across all countries and risk ratings, the highest actual net return was seen in 2010 at 29.84%. Whilst this is significantly higher than the most recent figures, it’s important to note that this is from a much smaller sample of loans (1,126 to be exact). Compared to the most recent year, a total of 17,933 loans were issued in 2017. 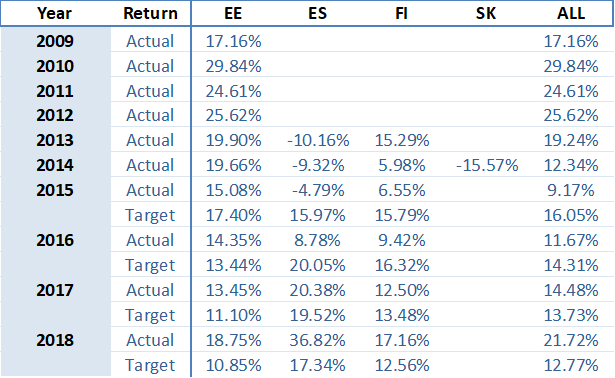 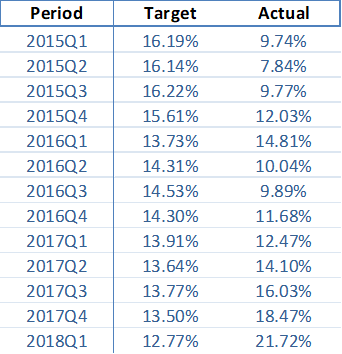 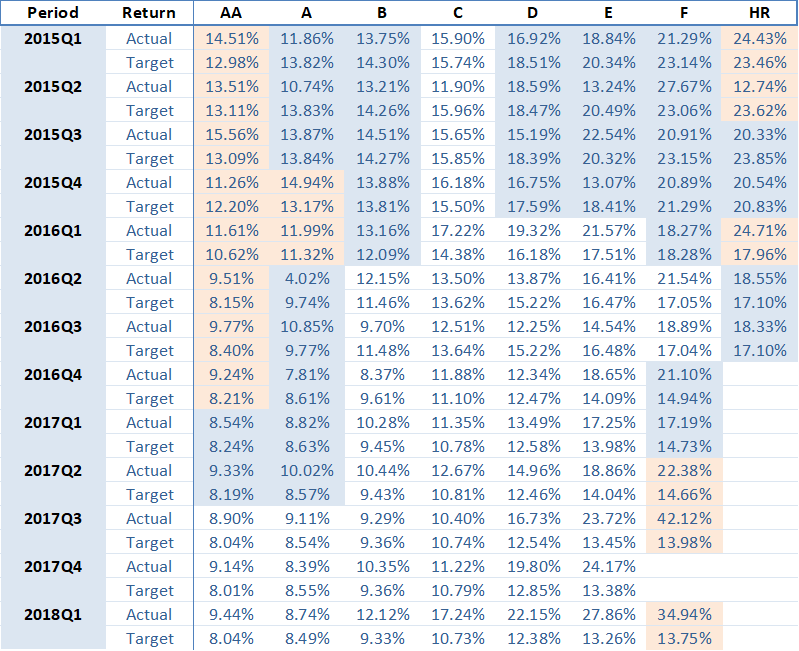 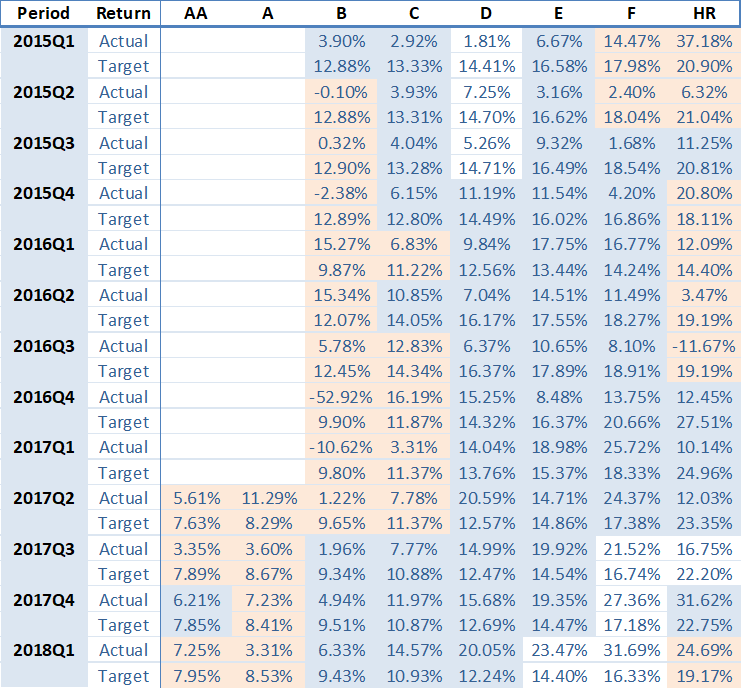 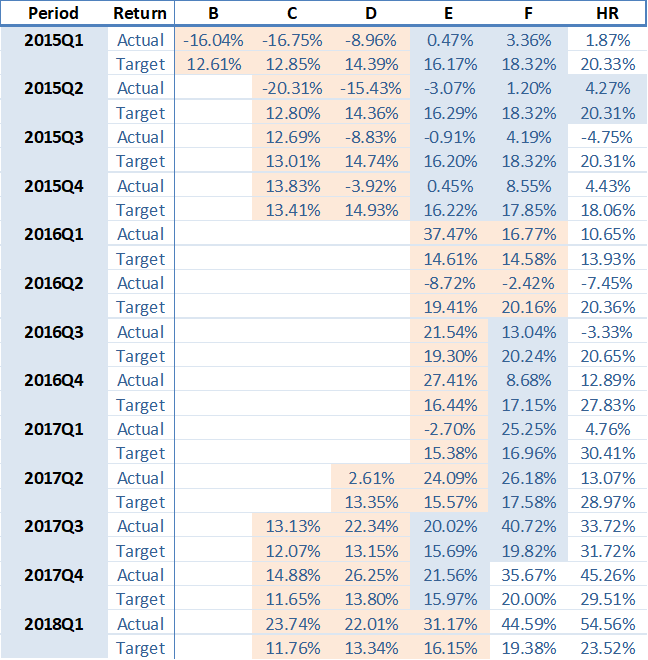